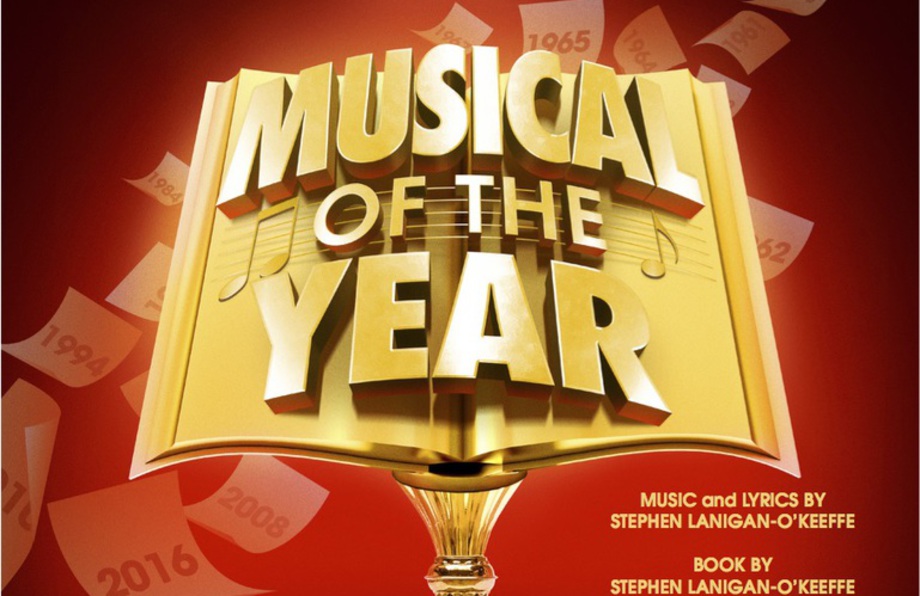 Stephen has been involved in music and theatre since childhood. He trained in composition, voice and clarinet at the Flinders Street School of Music in Adelaide, South Australia, where he premiered his first musical, based on Victor Hugo's Notre Dame de Paris.

Stephen came to London to help alleviate the actor shortage and his stage roles include the Wolf/Cinderella's Prince in Into the Woods (Steiner Theatre), Smirnov in Chekhov's The Bear (The Rosemary Branch), Dominic in David Hare's Amy's View for the Isle of Man Festival of Plays, Orsino in Twelfth Night (also for the Isle of Man) and Dr. Seward in Dracula (Upstairs at the Gatehouse).

He has musically directed over thirty shows, including The Pirates of Penzance, The Sound of Music, The Wizard of Oz, The Wiz, Half a Sixpence (which he also directed), Around the World in 80 Days, Honk! and the premieres of the operas Jude the Obscure and Beowulf. Stephen has composed incidental music for many plays, such as A Midsummer Night's Dream, Ulysses, Charlie and the Chocolate Factory, The Canterbury Tales, Fallen Angels and The Tempest.

In addition to theatre work, Stephen has directed many choral groups, such as the Adelaide Madrigal Singers and the South Australian Italian Women's Choir. For the last ten years, he has been the Musical Co-ordinator of University College School Junior Branch, whose Big Band recently won the shield for their section of the North London Festival of Music and Drama. Mostly recently Stephen produced his own commedia-based musical, Scaramouche, at Hoxton Hall.

Owain is a theatre director and practitioner based in North London. A graduate of the MA Actor Training and Coaching course at the prestigious Royal Central School of Speech and Drama and former professional actor, Owain initially received actor training from the Manchester Metropolitan School of Theatre.

Owain has spent the last decade honing his craft as both a performer, director, acting coach and educator and has directed over 30 productions of varying size. His most recent productions include "Misterman" by Enda Walsh at Upstairs at the Gatehouse and "Silence" by Moira Buffini at The Bull in Barnet for which he won Best Director at the inaugural Garden Suburb Theatre awards.

Choreographer, Musical of the Year

Emma began dancing at the age of three and made her debut performance as Jeremy Fisher in her dance school show. A few years later she followed her brother onto the amateur stage and hasn't looked back since; carrying out roles both on and off stage including directing, choreographing, operating lights and sound, props.

Her favourite acting roles include Mavis ('Stepping Out') – a show which she also choreographed, having to teach half the cast to tap dance for real; Rosalind ('As You Like It'), Puck ('A Midsummer Night's Dream'), Princess Aouda ('Around the World in 80 Days'), Eliza Doolittle ('My Fair Lady') Ida ('Honk'), Sergeant Sarah Brown ('Guys and Dolls'), and Andy Lee (42nd Street).

She was nominated for Best Supporting Actress and Most Unexpected Moment for her role as Sonia in Life x 3 in 2012.

By day Emma is a Paediatric Nurse at Great Ormond Street Hospital. By night she can be found choreographing and dancing in and around North London. One of her favourite colours is green (see above!)".

London-born Chris has been working as a freelance screenwriter, editor and supporting artist for over 10 years. His writing, particularly his short stories, has been published in several periodicals.

Chris has become something of a theatrical polymath; he was responsible for co-ordinating the lighting for Into the Woods (Daemon Theatre Company), sound for the film Magic Boots, appeared in the films Alexander and Batman Begins, was an Assistant Floor Manager at Sky Sports and in 2011 took on the dual role of Production Assistant and Stage Manager on Elokay Productions' first musical, Scaramouche.

Future projects include self-publishing two comic books and reprising his current role in the projected tour of Musical of the Year.

Frank has worked in lighting design for theatre since the late 1990s, starting at the Bedlam Theatre in Edinburgh, going on to work with the Gilded Balloon Studio Ensemble, Kandinsky Theatre Company and Edinburgh Studio Opera among others.

Lighting for opera and musical theatre includes The Magic Flute and Die Fledermaus as well as technical stage design for Lakme and West Side Story. Lighting in London include The Promise and Mr Kolpert at the Tabard Theatre and Misterman at the Gatehouse, as well as Alice in Wonderland and The Vackees for Garden Suburb Theatre, as well as the initial run of Musical of the Year for Elokay Productions.

Frank has also acted as technical designer for A Door in a Wall..